Tine: How Leo came to live with me in Denmark 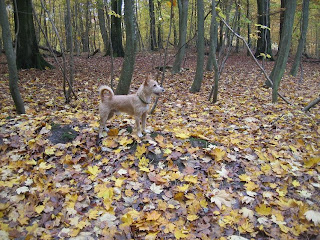 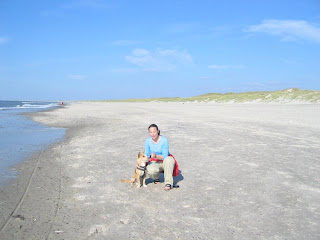 Dear all, my name is Tine and I would like to tell you a bit about the how Leopoldo came to live with me in Copenhagen, Denmark and of course how he is doing now.
I had lost my old dog to cancer and I had decided that I wanted a dog from a shelter again, but I had not imagined that 3 weeks later I would go all the way to Portugal to pick up my new dog. Surfing the internet I stumbled upon the webpage link to the Bianca shelter. After looking through the list of dogs in the shelter, I ended up writing an e-mail to the Danish contact person just to hear a bit more about the dogs. Especially one dog had caught my attention, little Leopoldo. I was used to have a large dog, but I could not get Leopoldo out of my head and soon I had contact with Bianca. After e-mails with information about Leopoldo and more pictures of him from Bianca, I was sure that I wanted Leopoldo to be my new dog. Luckily Bianca volunteers in Denmark also approved of me and my home so the next step was to get Leopoldo to Denmark.
First Leo (as his is called in daily terms now) was supposedto go with a Danish volunteer to Copenhagen, but that meant that he had to be in Portugal for more than a month and I could not wait that long, so luckily Bianca agreed upon that I went to Portugal to pick Leo up myself.
It is always exciting to have a new dog but to go all the way to other country makes it even more exciting and I was a bit nervous, I must admit. But the people behind Bianca were amazing: they picked me up at the airport, had arranged for a place to sleep and all of the Bianca volunteers I met were so engaging and obliging and it was so nice to meet so many of the volunteers as I did.
Seeing the shelter was overwhelming, there were so many dogs all over the place, at first I was not sure what to think, because it was so different from the shelters in Denmark. But all doubts were swept away after meeting the dogs, they were all so well fed and most of them trusting and happy. There were volunteers who walked dogs; some were petting other dogs and others who came with homemade food for the older dogs. I was amazed at the huge effort these people make everyday to give these dogs a good life. But I still do not understand what makes other people to abandon and mistreat their dogs, but the dogs that end up at Bianca are lucky, they have a seconded chance in life.
Leo was just as wonderful as I had imagined. He was the sweetest little guy. A little bit scared on the leash outside the shelter but trusting towards me and very curious. I had absolutely no doubt that Leo would be the perfect dog for me. When I came to pick him up the 3rd day to bring him to the airport he already recognized me.
Today Leo lives with me in Copenhagen, Denmark. He has grown a lot since I got him 7 months ago, today he weighs 12 kg and is the same size as a cooker spaniel. When I got him he weighed almost 8 kg.

It has been very easy to introduce Leo to Denmark, he was house-trained after a week and when I have had him for 2 months we won a small competition at our dog training end-of-term celebration. We started at the dog training again in the autumn, and we always practise a bit at home, he already can understand a lot of commands and I hope that we will be good enough to compete in rally obedience in the spring 2010. Although we take it a bit slowly with the training at the moment because Leo is teenager and sometimes he can only concentrate for a few minutes. We train by using treats and playing as rewards and sometimes Leo just thinks that all the other dogs are much more interesting than me.
He is a very active and curious dog. He loves to go for walks and meet up with his friends and play. He is also sometimes a bit of a troublemaker and teases the other dogs but he can almost always charm his way out of being told off. Almost every morning or evening we meet up with his friends and they play together, Leo loves to play and run mostly because he is one of the fastest dogs in the park.
Twice a week Leo goes with a professional dog walker in to the woods together with some other dogs while I am at work. The other days he is at home alone, he is very good at being home alone, most of the day he lies in the window and looks out at the local park, keeping track of the ones walking there or sleeps. We love to go for long walks in the woods around Copenhagen; often we bring one of Leo’s friends and they run around and play. As often as possible we go to our summerhouse at the sea at the weekends. Leo loves long walks at the beach.
All in all, Leo is developing as all other dogs, he is sweet, happy and a full of mischiefs. He can be a bit scared of strangers if they are too pushing in there approach and needs to hide behind me.
Many would say that Leo is lucky but actually I consider myself the lucky one to have this charming little dog in my life, thanks to all of you at Bianca.
Publicada por Association Bianca à(s) 11:31