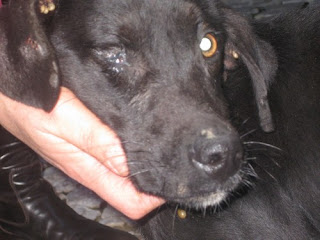 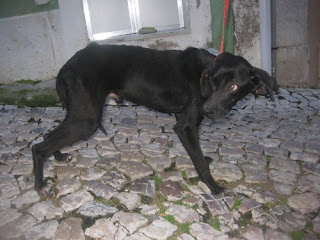 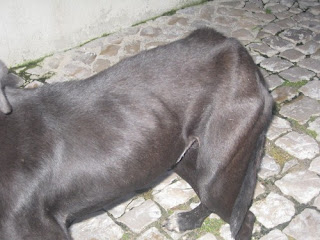 Parral has been found today near Parral, that's why the name.


He still a young dog, probably one year old, judging by his teeth: all white and clean, however one of his canine tooth is already broken! Even being such a young dog, it seems that he has already suffered a lot in his life.He is very thin, just skin and bones. One of his eyes is probably lost for good and he has wound made by the ticks.

When Bianca volunteer gave him a bowl full of food, he lied down in front of it, put his legs around it and ate as if he has not eaten for long time which is probably exactly how it was.

Parral is very sweet and gentle dog!! Some animals don't know how to survive on the streets and if we did not give him a shelter, he would have died very soon.....
Publicada por Association Bianca à(s) 06:56