Bianca has now, in its care, two blind dogs and two more getting blind. We are looking for homes for them or at least for temporary homes in case of Evaristo and Yoda.

1. Sacha was found in Lagoa de Albufeira bumping into trees. She is completely blind. She is a little shy because she can not see......Sacha is very young, about 1 year old. Whoever abandoned her did not want a blind dog.... We don't know if her condition is from birth or if she just lost her sight but we know - as the vet diagnosed - that she will never see again. And she has just been abandoned, she did not live on the streets.
Now Sacha lives in a temporary family. She lives in a house with other dogs and with people and she has learnt already how the house is lied out so she can actually lead a completely normal life. She goes around, goes on a walk, does not bump into anything, you would not guess she is blind. She is perfectly adoptable. The only condition is: she should not be left for too long alone at home, it is better if there is always someone to accompany here. 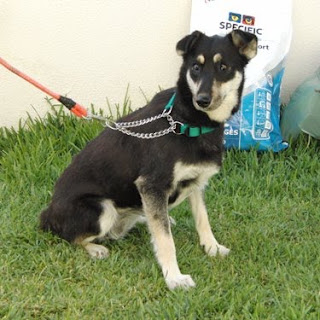 2. Yoda is an old blind dog (born around 2000). At the moment we have in care of the Association four blind dogs, Yoda is the oldest. He has gone through a lot already. He lived on the streets, he lost half of his ear probably in some fight, he got blind and continued living on the street. He is a nice dog, gentle, very calm. Now he lives in a kennel with two female dogs but he would need to spent last years of his life in a real home. 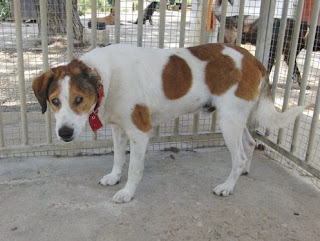 3. Evaristo is around 2 years old, he was abandoned at the Bianca shelter when he was a 1.5 month old. He was growing quickly and we noticed that something was wrong about him: he was growing too much and disproportionally, he was putting on weight. He is now very fat. Many tests were done, finally the idea is that he is a result of co-sanguinity, genetics gone wrong because of reproducing dogs within the close family. Moreover, recently he started to loose his sight. There is nothing to be done about it, soon he will be completely blind. He needs a temporary or a permanent home but either would be a miracle. 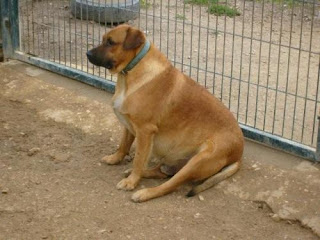 4. Gremlin has a problem with a retina of his eye and he is gradually loosing sight. One day he will become completely blind. It is not reversible. It is a problem quite common for dogs of pequinois breed. Probably this is why he was abandoned, when they noticed he was loosing sight.... He is a gentle doggy, around 3-4 years old, x pequinois, very small: 5-6 kgs always waves his tail. He would like to have a home.... Some people cannot imagine that a blind dog can have a quality of life. Of course he can, he can live many years and be happy. 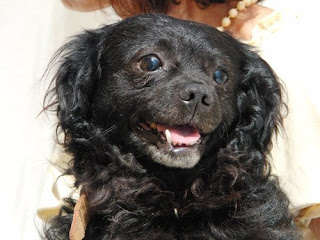