Eight dogs of 6 weeks old were abandoned at the gate of Bianca shelter one early morning. Two women left two cat transporting boxes and a cardboard box with eight newly weaned animals ..... and fled. Who saw them did not have time to take note of the car registration, but they were two women in a dark blue Ford..... Bianca leaves here an invitation to these people to sterilize the mother of the puppies, so the story would not doebe repeated in six months ... Now, while they are watching television on their comfortable sofas or go on weekend breaks, Bianca volunteers are working without a Saturday or Sunday off or without time to devote to their families or at least a few hours of rest. Eight pupies more of this age in the shelter means many hours of daily work to take care of them.It is so easy to pass the responsibility to others! 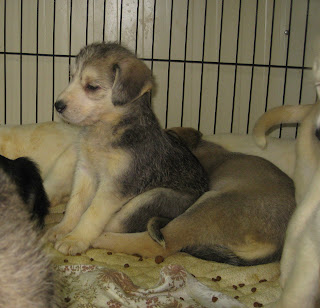 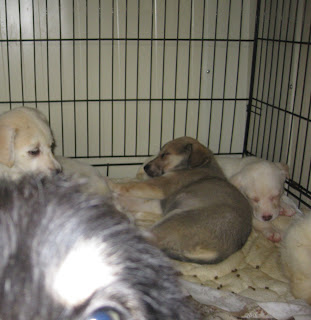