Animals in Japan need help! But even in the cataclism people are not abandoning them....

"March 11 was a tragic day for Japan after a disastrous 8.9-magnitute earthquake shattered the eastern coast and resulted in a series of tsunamis that washed away homes, cars, and caused damage of catastrophic proportions. Relief organizations all over the world are responding to help the people and the animals of Japan.
The Search Dog Foundation is deploying six canine disaster search teams to assist with the rescues. The task force will be composed of approximately 72 personnel, including urban search and rescue dogs, and some 75 tons of rescue equipment.
Sadly, many animals have been injured in the earthquake and countless were left homeless. Here is some information about the rescue efforts by the local animal shelters. Below is a message from Elizabeth Oliver of Animal Refuge Kansai:
From our experience of the Great Hanshin earthquake on January 17th 1995, we know that the number of homeless pets may be immense. Here at ARK, we are preparing for what might be a huge influx of animals. We already have some facilities in place and a team of experienced staff able to deal with traumatized animals. We may have to build emergency shelters as well. The logistics of getting animal from the Tohoku/Sendai area is immense, since roads and other transport links have been cut and may take time to restore. Our only means to get animals down to Osaka may be by helicopter, which was one method we used after the Kobe earthquake. We will use our resources and know-how to help as many animals as we can, following this terrible disaster.


Japan Cat Network has also posted an update on its web site:
We are all greatly saddened and have been continually horrified by news of the devastation, following the recent earthquake here in Japan. We, the kitties at the JCN Kansai shelter, and the shelter itself, are all fine. However, we remain very concerned about the animals in the severely affected areas who may be overlooked in the midst of so much immediate need to address human concerns. We are working with two other no-kill organizations to coordinate plans for getting animals from these areas out to safety, and have already begun helping people with pets in crisis."

Some pictures from animal rescue actions: 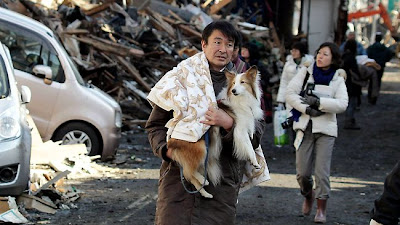 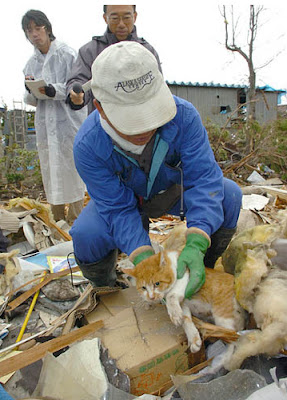 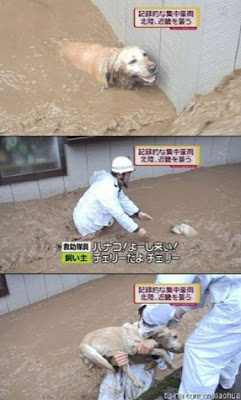 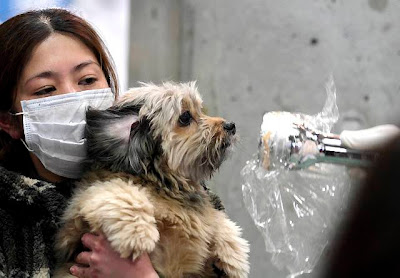 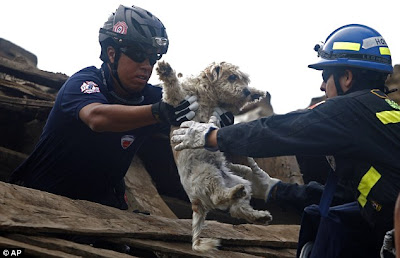 The photos below are from a shelter in the affected area, people go to shelters with their animals and share the little food they have with them:﻿ 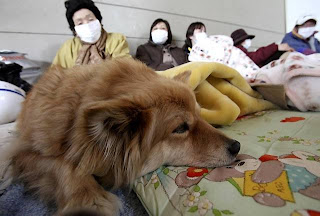 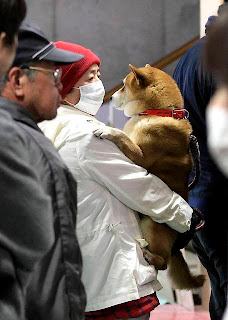 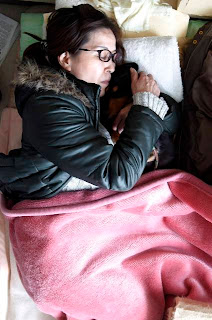 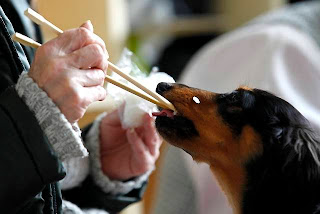 A dog guards an injured canine friend in Japan. It was reported that rescue workers managed to get one dog to a shelter and the other injured dog to a veterinary clinic﻿.
Publicada por Association Bianca à(s) 07:57