We come here today to give a cry for help for a cat....

Napoleão appeared on the street where two ladeis give food to street cats. He had an ugly wound on his tail. So they took him to the vet. According to the vet the wound may have resulted from being hit by a car but as it was not treated it got infected and was very ugly. The vet treated him and now, two weeks later, the wound is healing nicely. Moreover, the cat was extremely thin and now he has put 1 kg on weight.

He does not seem to be a street cat, he must have had a home one day. He is extremely gentle, he accept the vet treatment, he only wants to be on the lap. A street cat does not behave like this. You can see a movie of his. The vet thinks he is around 4 years old.

We don't have a home for him and we don't even have a temporary family. After he has recovered at the vet he will be put back on the street where he was found. We have no other possibilities. Unless someone appears and offers to give a home to him. 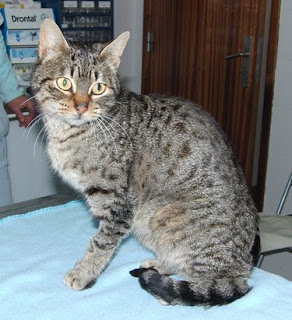 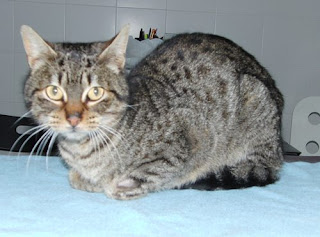 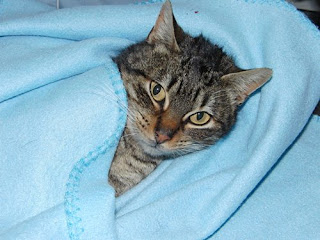 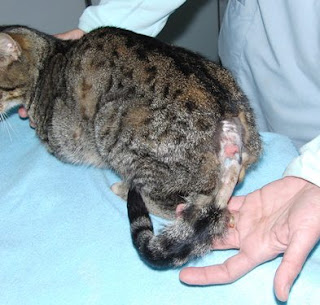 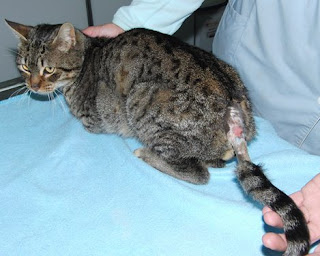