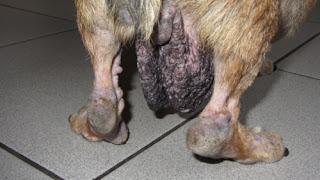 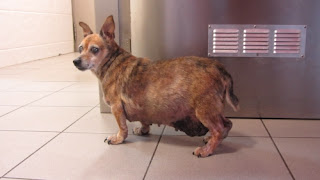 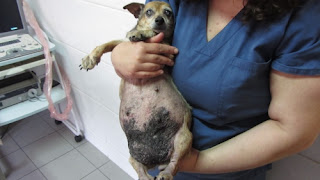 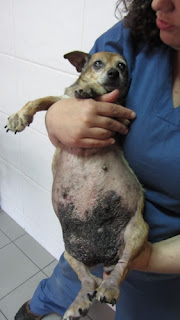 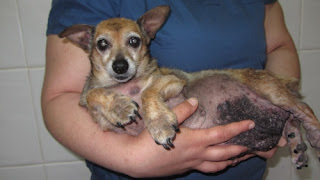 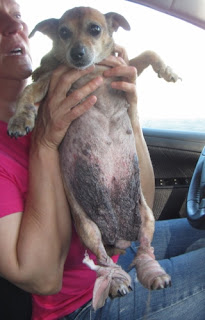 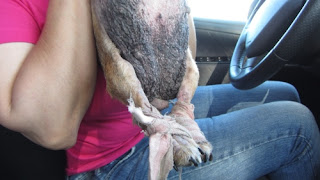 Moura was found on the side of the road, almost blind, with her hind limbs wrapped in gauze. She could not stand up.

Her belly skin was so big that she stepped on it when walking.

She has Cushing Syndrome, which is also known as hypercortisolism or hyperadrenocorticism, an endocrine disorder caused by high blood levels of glucocorticoids, specially cortisol. Cortisol is released by the adrenal glands in response to ACTH (adrenocorticotropic hormone) released by the anterior pituitary in the brain.
Let's try to give some quality of life to this little girl who has been a true warrior!
Publicada por Bianca Blog à(s) 15:47