29 october 2016Alfa was found in this condition, in the the middle of the road, without having the strength to be able to divert

:( it is so weak, so weak that can barely stand ......
This young dog now weighs 20kg, when it should weigh at least 35kg .... it's very sad someone have an animal like this ... is inhumane, is a crime and as such we will pursue crime!
Cursed be who left him so!
Alpha may have leishmaniasis and tick fever. His liver was very low values, which may be due to lack of power, but have regularized.
Let's hope he gain weight, which is fundamental for any treatment. Already took bath to remove part of the crust that have on his body, but still have lots of it! 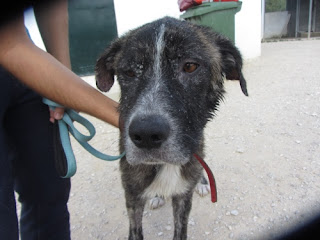 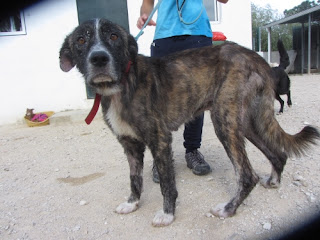 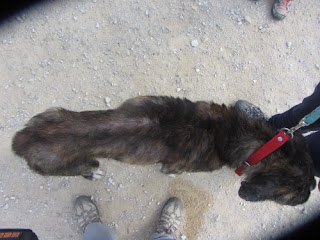 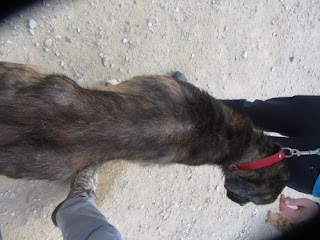 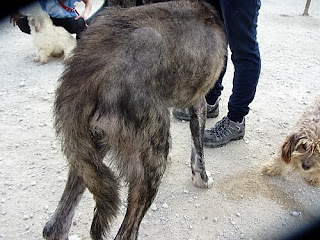 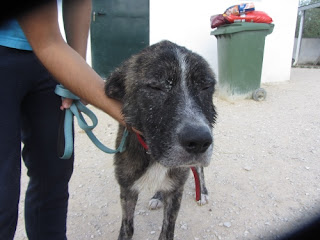 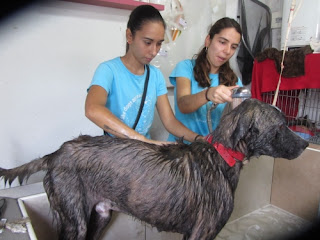