Breton: perfect dog in a home, very stressed in the shelter

Breton arrived to the shelter in January this year - found on the street - and we always thought that he was not a nice dog. He was obviously scared of the new environment but his reaction was that he tried to bite people and other dogs. So whoever would come to ask about him, we would have to say: he is not nice.
Until one day a dog trainer offered his help and said he wants to help a difficult dog. He took Breton home and it appeared that he is not difficult at all. He is completely relaxed in a home, nice to people, nice to other dogs, clean and house trained. He obviously had a home before and when he became abandoned and then entered the shelter with 250 other dogs around he got very stressed. he is not a bad dog, on the contrary, he is a very nice dog, just cannot live in a shelter.
Look at him, pictures, movies - a nice and beautiful dog. Wouldn't you like to gve him a home?
If not, we are searching for a temporary family, someone that could keep Breton at home until his final adoption.
Movie:
http://www.youtube.com/watch?v=t7H9AH5sivU 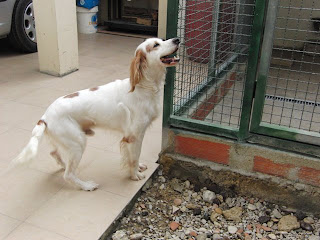 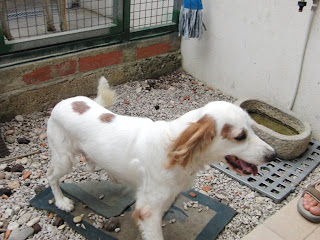 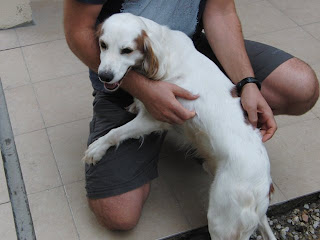 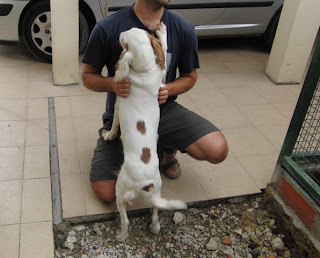