Fifi, a white poodle, was found yesterday on the side of the road, scared and with eyes full of supplication. Beside Fifi was another poodle, yet this one was already dead.


Despite being scared, Fifi let herself be caught. His friend was not so lucky, he was dead already, hit by a car... And Fifi was waiting for her friend to wake up! Friendship and solidarity. Most probably she would not go away. The feelings of the animals are like those of humans. The big difference is that an animal is always fair and would never leave its owner. This difference makes them into noble living beings.

Fifi's fur was impossible to treat, she had to be sheared with scissors and she waited patiently for 2 hours until the end, sleeping and licking their friends' hands and faces, the ones who rescued her, otherwise she would have probably met the same end like her friend..

Here are the photos and video. 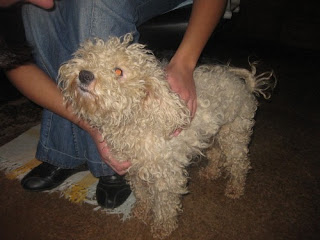 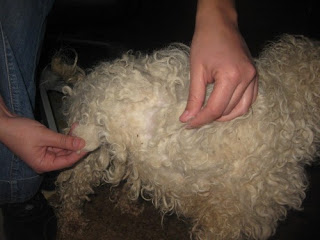 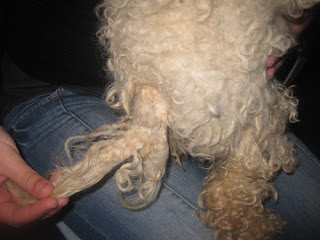 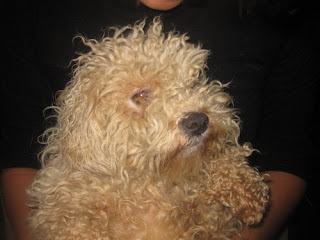 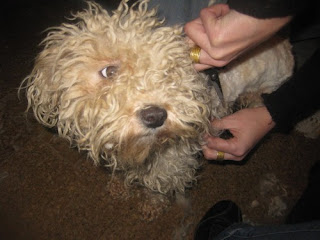 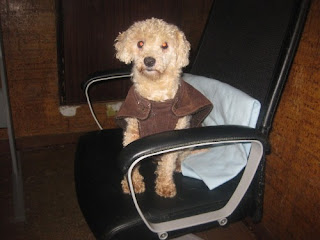 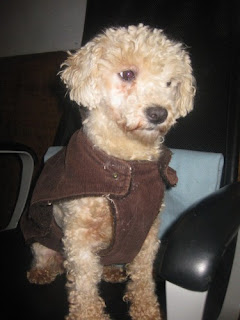