This is too much!

Friends
this is too much for one month!

On 6th of October at 8.30 Ana saw a dog on the side of the road direction Fogueteiro, walking slowly as if carrying a burden, head down.... After a few attempts and with help of another Bianca volunteer, she managed to catch the dog - it was a female dog. We named her Chocolate, she is brown, sweet and gentle. Her eyes are sad. She was in her period. She may be pregnant then. She was kicked out of her home, probably abandoned on the road so she would simply die or be killed. There is not a single day when you don't see a run-over animal on this road. 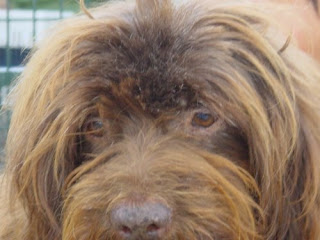 On Saturday, 11th of October, Clemente - husky jumped into the car of another Bianca volunteer and did not want to leave anymore. When she brought him to the shelter, he wanted to stay in the car, this is where he felt safe, he was probably afraid of being abandoned again. he is very beautiful and gentle, so gentle. 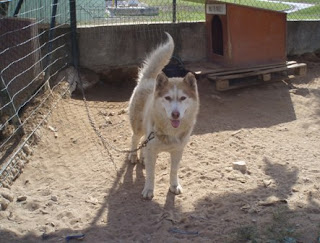 On the 14th of October in the morning, a fenale dog was abandoned at the gate of the shelter. Type galgo (greyhound), in her period. She is young, around 7-8 months. She is shaking of fear, so scared she is. She probably entered into her first period and the owners decided they did not want here anymore. Why not sterilise?? 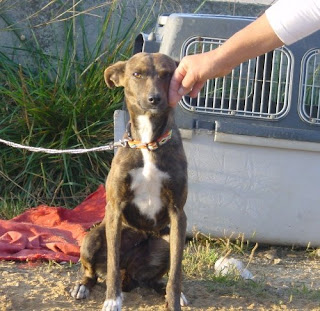 The same day two other volunteers of Bianca went to Quinta do Conde to pick up a female boxer that has probably been on the street for some time. Michelle - she is very thin, you can see her ribs. We have to do the blood tests if she does not have leishmaniasis, the boxers are very sensitive to this sickness. 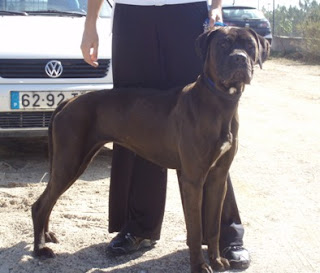 The next day, 15th of October, two volunteers brought a female samoiedo. We called her Branca. She seems OK but she has been on the streets for very long and been fed by a woman there but under this lots of fur you can see that she is very thin. Very dirty and scared too. Is it a fashion now to abandon samoiedos? It is our third since July! 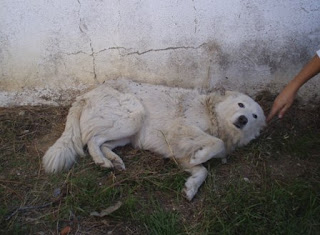 The same day, Ana saw a small animal on the side of the national road. She stopped and the female dog there approached but she was scared that she peed. She is little, scared and sweet. She was very hungry but scared and she did not know if she should eat or run away. She had her ears cut, someone thought she would be a pitbull! She is not. Little sweet Mimosa. She approaches when caleld but on bent legs, tail underneath, sweet but scared eyes. She would like to trust humans but apparently she has many reasons not to. She seems to have skin problems, she might have leishmaniasis. We need to do the blood tests to have her treated afterwards. 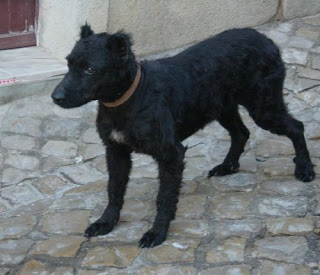 We need help - with so many dogs we have we are not managing financially all the vet costs. And now we need to do the blood tests of at least Michelle, Branca, Clemente and Mimosa. If they are sick, we'll treat them. We'll find them new homes but only healthy and clean animals find new homes.
Please foster any of them and pay for the blood tests! You will be helping them to make a step in the right direction into finding a new home.