Pandora adopted as Myr in Denmark :)

"I grew up in a home where we had dogs all my childhood. Since I moved away from home I wished for a dog for several years. I heard of Bianca from a friend of mine, who suggested that we went to Portugal to volunteer for a week.
Before I went, I decided to bring a dog back to Denmark. I looked at the dogs at the webpage before i left, but wasn't certain of which one of them to choose.
When I arrived at the shelter, Myr caught my attention but I still wasn't sure because she was a bit bigger than what I had in mind.
During the week I took her with me when we ate lunch at the grass outside the shelter. Before the week was over I decided to adopt her, because she was nice, calm and friendly.
After an exiting week, where I learned a lot about dog “language” and also confronted and dealt with my insecurity with large dogs, we went back to Denmark.

Back in Denmark the weather was very cold and there was a lot of snow. Myr was obviously not used to snow and didn't walk in the snow for the first couple of days (which she now absolutely loves!).
She was already house trained, and walks beautifully on the leash (people in the street even complimented that). We connected immediately and she is very attached to me.
Initially I needed to adjust a few things at the apartment, for a dog that is obsessed with food. I thought it was enough to close the kitchen door with a small hook, but she managed to break in. So now the door is locked with a key instead, while I am at work.
But other than that she is very well behaved and never destroys anything inside the apartment, never barks and being home alone is no problem either. She is a very happy, affectionate and cuddly dog.
It is difficult for her to “read” other dogs, so she behaves quite offensive when we meet unfamiliar dogs in the street. But we're working on it and she is improving day by day.
She is very motivated and loves training tricks and knows sit, stay, lay down, roll over, high/low five etc. And her favorite treat is small bits of cheese!

She's been with me for a year now, and is a very very happy dog who gets even happier every day. She enjoys life and the luxuries like sleeping in our bed, trips to the beach, forrest an so on.
She's settled in well and even though she had tough beginning of life, her future is bright. 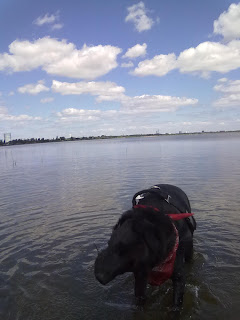 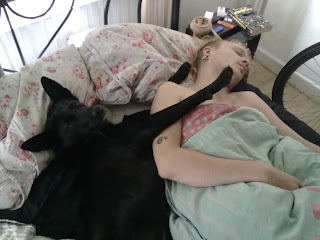 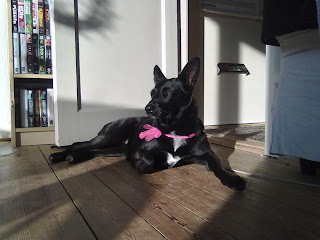 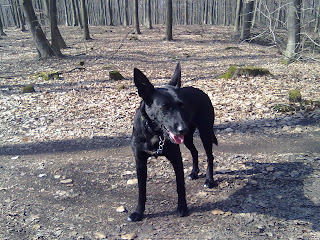